Palestine-Israel Journal (PIJ) is a non-profit organization* based in Jerusalem, founded in 1994 by Ziad Abu Zayyad and Victor Cygielman, two prominent Palestinian and Israeli journalists, following the signing of the Oslo Accords, to encourage dialogue and creative thinking, without taboos, about thorny issues related to the negotiations. The goal is to create and maintain channels of communication between Israeli and Palestinian students, academics, activists, public opinion and policy makers, to enable them to take part in the public debate for a democratic and just solution to the conflict. Today’s co-editors are Ziad Abu Zayyad and Hillel Schenker, working together with a small staff and 32 Palestinian and Israeli editorial board members.

Over the discussion of the „Trump Deal“, the looming annexation and the occasion of the 20th Anniversary of UNSCR 1325 the Palestine-Israel-Journal is going to publish a special issue on the Women, Peace & Security Agenda (WPS) and the transformative potential of women and the UNSCR 1325 in the Israeli-Palestinian context with articles submitted by Israelis and Palestinians.

Prof. Galia Golan and Lucy Nusseibeh are the coordinators for the Israeli-Palestinian team, Saskia Pilgram and Ina Darmstädter are responsible for the International contributions.

We want your article!

Be creative, choose your individual topic how women can be the active motors for a peaceful future.

*Palestine-Israel Journal is funded by foundations, government aid agencies and individual donors. Every issue and project has earmarked funding from one of those sources. The German Foreign Office is funding the special issue on UNSCR 1325. 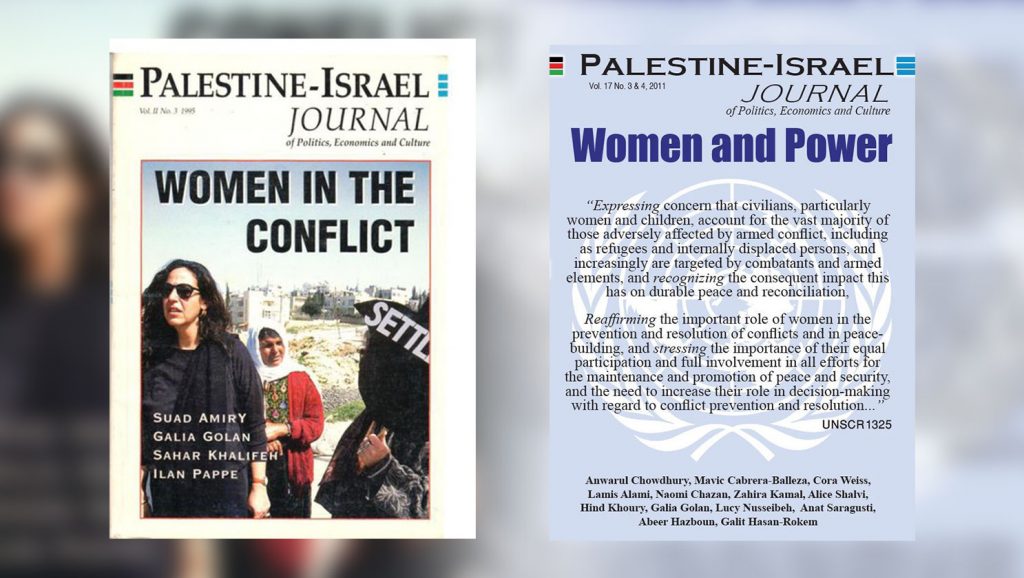 We want you to send in articles with inspiring vision, out of the box thinking, new narratives or aspects of conflict resolution.

In other words: Don’t share what you don’t want but what you are striving for.